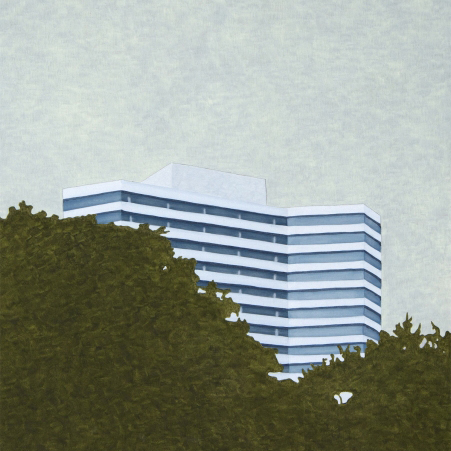 Fabian Erik Patzak is an Austrian-American artist who received his MFA from the Academy of Fine Arts, Vienna (Muntean/Rosenblum). He is a recipient of the Theodor Körner Prize and the Naomi Anolic Early Career Award. His work has been exhibited internationally and is housed in both public and private collections. Informed by a trans-generational experience of migration, in particular between Austria and the United States, Patzak’s work addresses inter-related themes such as heritage, displacement, and memory. Currently based in Vienna, he has lived and worked in Santiago de Chile, Berlin, and New York City.

This website uses cookies to improve your experience while you navigate through the website. Out of these, the cookies that are categorized as necessary are stored on your browser as they are essential for the working of basic functionalities of the website. We also use third-party cookies that help us analyze and understand how you use this website. These cookies will be stored in your browser only with your consent. You also have the option to opt-out of these cookies. But opting out of some of these cookies may affect your browsing experience.
Necessary immer aktiv
Necessary cookies are absolutely essential for the website to function properly. This category only includes cookies that ensures basic functionalities and security features of the website. These cookies do not store any personal information.
Non-necessary
Any cookies that may not be particularly necessary for the website to function and is used specifically to collect user personal data via analytics, ads, other embedded contents are termed as non-necessary cookies. It is mandatory to procure user consent prior to running these cookies on your website.
SAVE & ACCEPT
Go to Top